A boy and a book

This is a story about a boy raised in a remote desert town in South Australia.

The boy owned a book, a photo pictorial of 1950’s movie stars.  Whenever the boy became bored with country life he would paw through his favourite book studying, ‘the look’.

Passion for design was innate in Robert Webb but the book opened a portal to a world he would turn into a career.

Webb had worked in construction, (a blessing for set building later on), but was working as a dealer in objects de art in country South Australia when he was engaged to supply props and furnishings for a movie being made in the local area. Webb became the go-to guy. A designer liked his work so much, he offered him a job.

Webb started as a buyer and set decorator. Buying was easy. He had lots of contacts but dealing with the hierarchy within a department and the sheer number of people was daunting. Webb adapted. He learnt to roll with change, to be flexible, not to lose his cool and to always be approachable. He developed a sincere respect for those he worked with. 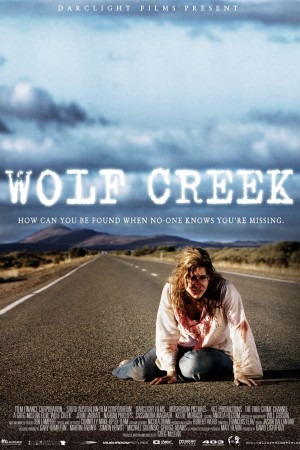 Webb’s first job as a Production designer was for the Australian film 13th house.

‘It was a great experience.’

They crewed it with eager-beaver students. The cast featured Australian talent the likes of Shaun Micallef and Nicholas Hope.

‘It was a tough making Wolf Creek for the budget but in the end everyone felt they had made a great film’.

Webb’s travels have taken him all over the world. He’s constantly surprised at just how many people have seen the film. 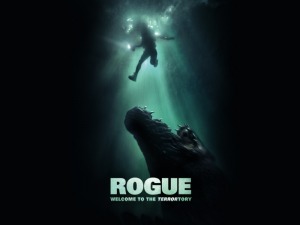 For sheer scale, the Croc thriller, Rogue provided the greatest opportunity. A thirty million dollar budget is a completely different experience. ‘On low and no budget films a Production designer may have to be PD, Art Director, Set dresser even Buyer, which I actually like and can buy very quickly as I can see the finished set.’

‘You can’t do that on large budget productions.’ The design roles become specific and compartmentalised. Whilst a hierarchy kicks in, larger budget films do provide flexibility for the PD to cater for on-set corrections if needed.

It’s a struggle to attend to minor details and corrections on smaller budgets because whilst the crew is shooting, you’re already on the next set, dressing and sorting final touches before the director’s walk-through.

With a larger budget, you can employ set drawers and decorators. You can engage staff to reduce the burden and allow focus.

Rogue was set in Arnem land but shot mainly in and around Melbourne. Matching a lake in Melbourne to Arnem land was a challenge but Webb was completely at home with it.

The way of the Production designer

It helps to have a knowledge of period costume and set dressing as well as a love of research. You also need a passion for planning and design and the desire to create fantasy. You must be flexible and most importantly, you need to respect your team’s process and creativity. 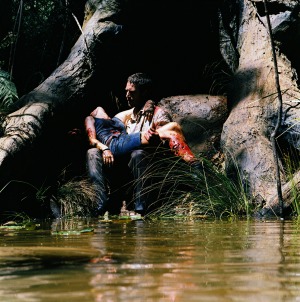 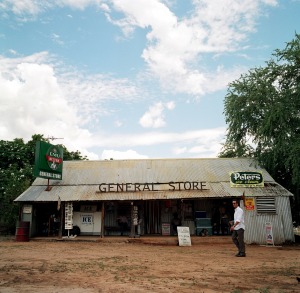 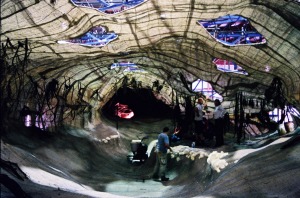 Get into the mind of the Director and DP. Spend time with them. Talk the job. Question, explore and propose.

‘I love it when the Director walks in to the set with me and is pleased with the set, this means we have communicated well.’

A Production Designer’s job requires them to ensure everyone knows what’s going on but most importantly the Director and the DP.

It’s the Art Director’s job to keep on top of the budget and the weekly budget meetings that take place with accounts and production. To get the result, you really need to spend the time in preproduction with other Heads of Design and your own team.

‘You may spends days on the road with a Director going to the locations and walking it through.’  ‘You talk it, you constantly talk the job until it reveals itself, until the Director and DP’s vision is clear.’

From there you can create mood-boards that demonstrate visually your execution of the team’s vision.

Webb is also fond of storyboards. They help the whole team but not everyone follows them. They represent the objective but execution often yields a different result. You need to allow for changes.

As important as planning and executing the plan is, you need to surrender to the outcome to some extent.

You can plan and execute but you cannot totally control the outcome at times. There are many variables.

If the budget will allow it, Webb would like to retain a set decorator on set, to work to the specific instructions of the DP whilst shooting as standby props is different from this and can be busy with props. That provides for the maximum flexibility and design.

When budgeting for art department, allow 10% of the budget. Wages can make up to 65% of that. I don’t like to ask people to work for you for nothing and the days of calling it ‘work experience’ are over due to the change in insurance cover. 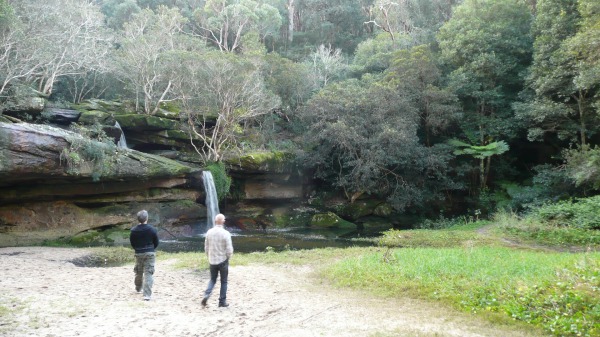 Based on a low budget feature of say $1.5M you would expect to employ a:

On a medium budget of say $7M you would see a:

Allow a slab of cash for casual labour for extra help on busy days and unforeseen things that always come up.

On bigger productions the scale of team grows and there are often several Art directors including Supervising Art directors who manage, ‘the spend’ and the team on design. In this case, the Art director’s job is to manage the finance, the team and department whereas the Production designer is about the theory and design.

Don’t let your team leave early, based on a recent experience and I ended up snowed under doing three roles. You may think the job for the day is done but inevitably something has to be done and you’ll exhaust yourself trying to cover all those last minute things.

Whilst coverage is important, if you understand how the DP intends to shoot it, you can save money.’ The DP may advise they will only be covering this or that part of the set. If you know that, you can save on set dressing. That said, things change. That’s where being flexible and approachable is so important.

Don’t underestimate the vital role of your Location scouts. Work closely with them. Brief them, let them scout and provide photos and recommendations then go to the locations together along with the Director and DP.

Some State bodies will provide assistance re their locations but inevitably you must engage Scouts to research them. The Location scout’s research and paperwork requirements are onerous. The budget of the film shoot will be significantly impacted by distance, travel times, weather, access and so forth. In short, your Location Scout is a very important person.

It’s hard to believe it all started with a young boy and a 1950’s book on movie stars. ‘Each week I had an argument with my father about taking me to the movies. I won every time.’

Webb’s fascination with movies and design has taken him a long way but his passion for design is the foundation of his career. He loves design and is a consummate professional in its execution. 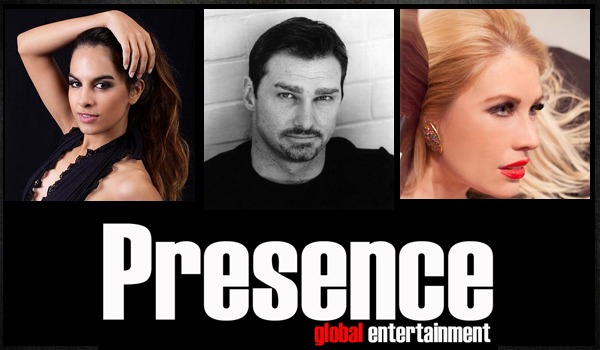