This post by Davin Eastley explores what might happen to the mental state of the survivors after Day One of the alien holocaust.

This post deals with issues of mental distress and suicide.

It is clear throughout the philosophical and psychological literature that place is central to the human experience and to the quest of living well – ‘place’ frames or bounds us, in a sense, and provides us with contextual meaning in the world, abstractly and concretely, such that we are not conceptually and cognitively adrift with no grip and no sustaining life narrative.

My immediate thought is that in such a catastrophe as we see unfolding in Sentient, this very notion of metaphorical place is under siege. As the contemporary philosopher, Jeff Malpas writes, ‘To be is to be in place, and to be a phenomenon, in appearing, is similarly to be placed, or, as one might say, to take place.’ This is, to my mind, a key point of inquiry and reflection as the story develops… and most particularly in response to the question posed earlier by David Steinhoff. So, it’s an existential catastrophe unfurling, truly.

The late French sociologist Émile Durkheim studied suicide in the course of his academic career and, in doing so, developed his theory of anomie; a theory of normlessness and collapse of societal value systems. The cause of anomie in a society? Inner moral tensions and a lack of opportunity (or guidance) for individuals to develop a social identity, acquire economic status, and so on.

I think this is an idea Dr Amon Teicher could discuss in the series, as a keen scientific observer of these apocalyptic events. Additionally, I believe this is directly related to the notion of place I mentioned previously, on which there has been much literature written (e.g. the works of existentialist Martin Heidegger and secondary texts that have followed, not to mention various psychological studies). Place, identity, meaning, belonging, value systems, opportunity loss… they all clearly weave a broader narrative of a given society and its people, relating to deep underpinning sociobiological drives that are not unique to any of us as human beings.

I wish now to investigate the question of resource collapse, population decline, and increased competition for ever-scarcer material resources. We need to fundamentally ask ourselves how these resources are distributed, and whether an opportunity exists (or perceived opportunity exists) for our characters to morally and ethically acquire said resources (see, for instance, Robert Nozick on this point). If not, then my immediate thought is that greater conflict would naturally arise – because the realities of scarcity and a sense of injustice rankle in the population. Indeed, these factors not only would hypothetically drive suicide rates up, they too would heavily influence murder rates (as evidenced in the following: https://www.prb.org/environmentalscarcityandtheoutbreakofconflict/).

So, where are we at? There’s a broad sense of economic inequity, perhaps, with the anomic state of this society really hitting home for the survivors. Increased difficulty in clawing back economic status would likely result in more severe conflict (and environmental degradation), and perhaps rising hedonistic pursuits (and I’d suggest a likely wide disparity in sexual status too, between those very few who come back out on top, and the very poor masses, i.e. everyone else). This would especially hold with a crisis in meaning and purpose that sees elevation of the passions and escapism.

It’s a timeless existential question, and reminiscent in some respects of our own postmodern times where the nature of identity and, profoundly, meaning itself is investigated in contemporary art and culture. I don’t believe, realistically, that there would be some unifying force to band the survivors together in these circumstances. It would absolutely be a cut-throat environment that may have a significant underbelly of ‘living for the moment’ as it were, particularly in the face of the characters having a greater sense of their own mortality (referred to as mortality salience in the psychological literature, for those curious). Dark times indeed, with significant barriers to social co-operation and restoration of any kind of order or stability. I think this would hold even more true with the loss of power – infrastructure collapse surely follows from here.

Tying all these ideas together now, it’s obvious the human characters/survivors are in more than a bit of a pickle. Increased tensions ought to result with suicides and murders, and a deep sense of loss is inevitable, particularly in terms of a collapse in belonging and place. This would naturally lead to understandable escapism, especially in the face of limited opportunity and completely uncertain/fragmented value systems that underpin the new society in chaos. Anomie takes hold, existential terror prevails, and the possibility to live well reduces substantially following such a devastating calamity for the remaining survivors. We might even see a very posthuman world emerge, in which the world, rather than seeing enhanced humans, sees a world that is inhospitable for humankind – a world devoid of human touch and empathy because of ruthless survival needs and a world in which it is simply beyond the capacity of humanity to flourish without substantial augmentation or modification. We are then not fit for purpose in this ‘brave new world’ of Sentient, to borrow from a rather infamous title of post-apocalyptic dystopia. 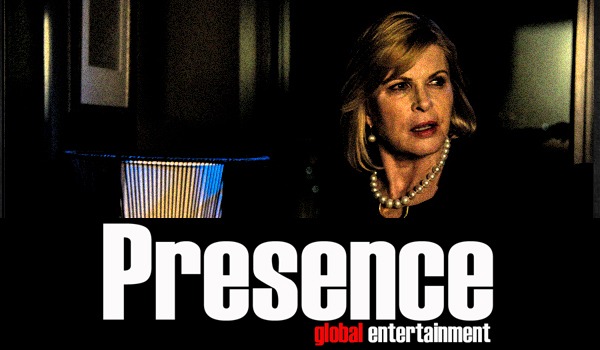