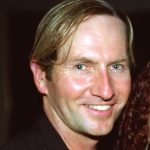 
Sentient development is wrapping. If you are a member of the Leaderboard’s top 50 and or a former shareholder of Presence Slate One or Two, please ensure we have your current address, phone and email. Presence Global Entertainment will create a new site that will house both Sentient and its Da Vinci Code thriller, ‘Power and Prophet.’ This site […] View