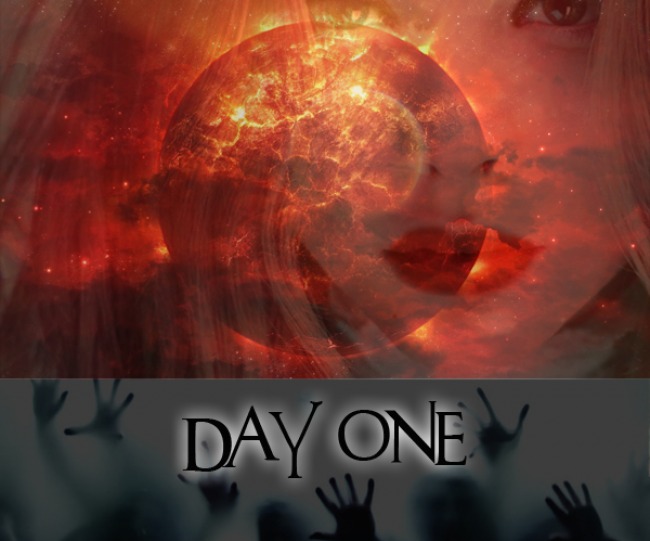 ‘Day one’ is Journey of the seeds’ inciting incident. ‘A meteor storm delivers a deadly guest to the planet’.

Four projects have been selected to shoot.

Synopsis: When the returned souls from the abyss begin to possess the people of London, a father must decide which daughter to save.

Synopsis: Yuri finally gets his chance to score with the hottest girl on the dance floor. Unfortunately for Yuri, the object of his desire is entertaining a dangerous guest.

El Presidente  (Not posted to the site yet)

Synopsis: A Spanish President becomes host to the returned soul of the ultimate fascist

Untitled   (Not posted to the site yet)

Location:  Outskirts of a city in Brazil

Synopsis: An Indigenous leader witnesses the arrival of the red haze from the storm and warns his people to prepare for battle

Who are the guests?

The guests are returned souls from the abyss. These aren’t people who failed to pay their parking fines. We’re talking about sociopaths and psychopaths, the most dangerous human predators.

How did they return? The mystery will be revealed later but we can say there is a master nemesis with an ultimate plan, drawing them back.

Why these four scripts?

Presence Films received many fine scripts. We chose four that introduced the most important elements in the simplest way.

‘Vera or Samantha’ introduces the arrival of the meteor storm, the red haze that drifts to earth and the returned souls who unleash chaos. Most of humanity falls prey to possession but some fight back.

‘Dasha’ and the Moscow series introduces ‘leaders’, a distinct group within the returned. The strongest of the returned completely possess and enslave their human vassals. They are organised and they are real characters from history such as Team Moscow’s, ‘Spanish Inquisitor’.

‘El Presidente’ introduces the return of another historical leader, the most dangerous of all fascists but also another type of the returned, ‘followers’, those powerful enough to possess and control human souls, yet willing to submit their will to these leaders from our dark past.

Team Brazil’s project introduces, ‘the knowing’ of the indigenous leaders. That spine tingling feeling when the descendants of the ancients know what is happening and predict impending doom.

The way of the returned

The returned and those who they possess are not zombies. The weaker of the returned are driven by instinct. The stronger are sentient but sociopathic. Whilst not zombies, their occupation of human bodies will come at a cost. What does this look like? Focus is the key to understanding their look and behavior.

Sociopaths and the psychopathic demonstrate a form of autism, a pure focus towards a craving or desire that is free of empathy. They are, at least in their own mind, free to predate without remorse.

That focus of the returned may remove all color from their eyes, replacing it with a black pool. Their veins may be black, pronounced and pulsing. Their focus may be drawn in a pack. Once prey is spotted they may all turn at once. The tilt of their head may demonstrate they are lead by a part of their body, their nose, eyes or even their entire torso.

The leaders, the most organised among them seek to conduct this choir. Like a Nazi rally, it is an orchestrated evil with a plan for humanity, to kill, to enslave, to harvest the survivors like a crop. To create a new order.

Now that we have locked-in projects, the scripts will be refined,  teams attached, casting undertaken and sponsorship raised.

Day One projects are just the beginning. For a peek at what lies beyond Day One, view our proposed list of episodes in the development guide.