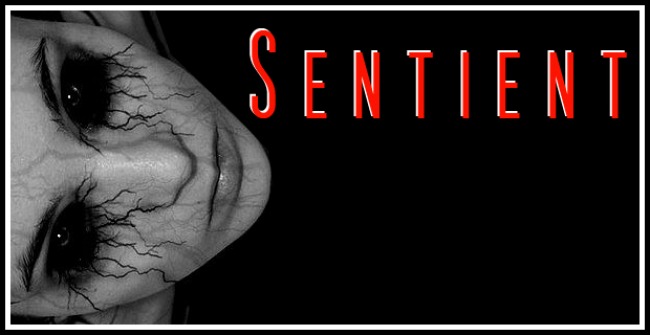 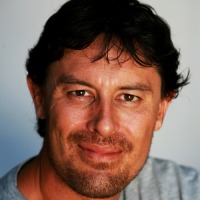 Do you have an idea or enhancement that would improve the first six pages of the pilot? Log-in and add your idea to the comments section below. Your input shapes the future of the work.

This is a story about colonisation.

What happens when an alien life-form is better at being human than we are?

What happens if they are better for the planet than we are?

We have chosen an Indigenous Australian as our lead protagonist for the Australian franchise.

Aboriginal Australians have already had to deal with being ‘replaced and surpassed in their own land’.

In Sentient, now it’s the turn of non-indigenous Australians to experience what it feels like and they are not happy.

When Australian leaders lament their great loss, the theft of their land, their culture, their children, Dowd sums up the situation with one response, ‘First time for you?’

Dowd dutifully follows his orders to participate in heinous and extreme acts against the Sentient.

His loyalty to nation and obligations as a Navy officer are constantly tapped by the leadership.

Any questioning of orders is shamed into submission.

He witnesses imprisonment, medical experimentation, exorcisms, slavery, rape, murder and eventually genocide but at some point, a realisation dawns that he is now on the wrong side of this argument and he turns on his leaders.

As an Indigenous doyen, he wakes one morning, walks onto the beach and claims back the land. He turns his back on his leaders and seeks a new way with the Sentient and in doing so becomes an enemy of his own nation. 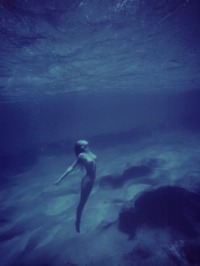 The Sentient – On being human

The Sentient will discover how unique the human journey is. They will shift from being purely instinct-driven to becoming truly sentient.

Emotionally neutral at the beginning, they become more and more affected by our own chemicals, instincts and needs.

Buddhists say, ‘to want is to feel pain.’

The cool, calm way of the Sentient changes dramatically when they enter into relationships with the survivors. To want for, to long for, to desire, will change them.

Our leaders’ campaign against them will enrage them.

With each slight and every persecution the Sentient will become more and more enraged, eventually surprising the human survivors by adapting the human body in ways that will terrify the survivors and hopefully the audience.

They will become formidable opponents filled with hate and seeking revenge and true to the theme that revenge should be ironic.

The message and final destination

Both sides develop combatants who do not learn, will not change and practice the most heinous acts not only against their supposed enemies but also against each other.

Eventually, those who cannot learn to live with one another and who pursue hate and prejudice will be overcome by a collaboration of the human survivors and the Sentient.

Just like in Battlestar Galactica, the mix of human and the new, represented by the next generation, is the great hope for the future of both life-forms and the planet.

The big reveal in Sentient is that this is not the first time they have been here and the link that took us from simple primates to advanced, intelligent beings was borne of a prior visit by the Sentient. The Sentient are predators, they are also the way life spreads throughout the universe.

Leaders may attend the finest private schools, graduate from the most prestigious universities and adopt the most forward-thinking doctrines of the day.

That kind of journey through life tells a person that whatever they are thinking, they are most likely correct.

Shortly after, their assumptions become doctrines and those doctrines get taught back to the next generation in the same universities. Thus, certain values, right or wrong become reinforced as the status quo and the smartest guys in the room end up making the decisions that brought you the Great Depression, the war in Iraq, the GFC, gas fracking and other great ‘fracking’ decisions in history.

So, how is this pertinent to the conflict model of Sentient?

Sentient is a story of assumptions made by great, powerful and entitled people that lead to tragedy and lost opportunities.

The Sentient, once they arrive, do not seek to carry-out acts of violence against the human survivors. Far from it, a ‘Lynx’ effect takes place where the Sentient value the survivors’ DNA as they were able to resist their possession. The Sentient seek to mate with the survivors. This is their way throughout the universe however the smartest guys and gals in the room have another take on it.

Nor do the Sentient overpopulate or pollute their environment. They seek balance and to understand their new world.

A mix of ultra-conservatives and religious zealots within the surviving leadership make a series of decisions based on the following assumptions:

Eventually the survivors find themselves in a life or death struggle against deadly predators and all of borne of their leaders’ own making.

Conflict based on personal relationships between the survivors

TJ’s submarine was 200 metres beneath the surface when the storm arrived. He and his crew have survived.

Both Dowd and TJ’s families live near Jervis Bay Navy base.

Dowd is estranged from his wife but TJ enjoys a strong relationship with his wife and two children. As irony would have it, TJ’s family have all been atomised but Dowd’s wife has become one of the Sentient.

Greater irony follows when Dowd develops a relationship with the Sentient version of his wife and TJ discovers he has lost all.

At this point, TJ only wants to kill the Sentient. He is easily radicalized by the leadership to their objectives and soon finds himself at odds with his best friend Dowd.

Conflict based on the struggle for power

It doesn’t take long for them to reason they have been, ‘chosen to lead’. The Defence Minister assumes the role of the Prime Minister.

When Dowd and TJ arrive in Canberra, they discover the female Minister for Foreign Affairs and Deputy Leader of the party has also survived and has taken up the role of PM in Canberra without the support of the military.  She is first in-line for the job but the Defence Minister and his friend have become emboldened and are not willing to surrender their new power.

Conflict between the Sentient

The Sentient become territorial and after the purges, those who forged allegiances with the surviving humans are seen as the enemy of their own.

The surviving leaders are no fools.

They are genuine, fully motivated, people of standing in the community.

Their decisions are well-thought out. They are logical but their doctrines are based on assumptions and prejudices that lead to tragedy.

Each decision they make leaves a gap where the audience would choose to leap in and say, I wouldn’t do that.

The gap lures audiences because they see the great potential and they want to see that realised but it is not, not at least until the end of our series.

You can log-in via your social media profile to vote on the two poll questions.

To respond to the bigger issues within the post please log-in to the site and add your comment at the bottom of the page.

If you have more than one point, add them as separate comments.

Your input shapes the future of the work. Have your say.

Please accept our apology, the comment function in the polls does not work. Please vote using the polls but comment using the site comment area at the bottom of the page. Technology, don’t get us started! 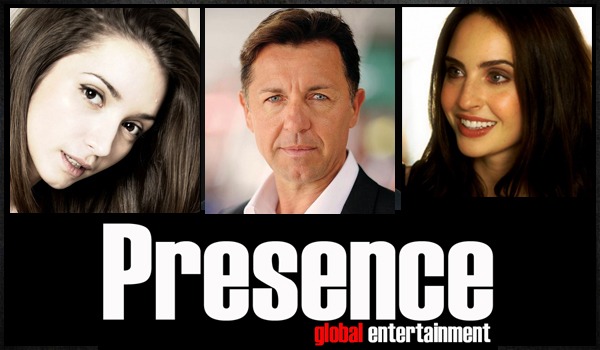