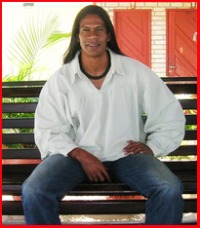 The intellectual property featured on this page is the collective asset of the Sentient.TV community for sole use in the Sentient TV franchise.

Where will you start?

You can start with your protagonist before the Day One storm, during or wake them up after.

How will you start?

The ‘wake-up’ alone is a mysterious start used in films like ’28 Days later’, though even this movie has a set-up explaining the, ‘ how’ of the apocalypse.

You may want to see a more dynamic start such as  a before the Day One storm. For example, show a time-lapse view of your city followed by a crowd entertainment event like a concert, then introduce the storm.

It’s up to you how you start your Sentient script.

View our Pinterest boards, ‘Arrival of the storm’ or ‘Teaser Trailer’ for visual clues.

At some point your protagonist will wake-up having survived the storm.

By now, most of humanity will have mysteriously disappeared.

The power will be out, disrupted by the Sentient. Cars won’t start. Lights won’t turn on.

Eventually, solar panels will reboot some power as will wind farms but the major power stations will be out for good. Electronics housed in Submarines or deep underground will survive but will still need a power source.

Those same bodies will turn up later in large bodies of water where the Sentient seek to cleanse the bodies of all toxins and compete their metamorphosis.

The Sentient select the very best of human real estate to take over. That said, some of their choices of host bodies can surprise.

Falling from the sky

The power disruption that occurs requires a concentration of spores so all power under 300 metres above the ground is down however planes flying above that will still be operational until they try to land. When they try, their power will cut out and they will fall, powerless into the cities they are attempting the land in.

At the low-budget end of that, we will be viewing crashes from a distance.

Needless to say, your cities will burn.

Why do some humans survive the Sentient onslaught?

Location, state of health and a mystery.

Your survivors will be physically damaged. They will be bleeding from the ears, nose, mouth and fingertips. Some will be temporarily blind, deaf, suffering stroke and Alzheimer’s. S0me will never recover.

Your survivors will be stunned. They will seek to find out what has happened.

Your protagonist may not know what has happened but they will seek to take action about what they care about immediately. Make them people of action. This sets them apart from the rest of the survivors. It may be the wrong action but it will be a course of action.

The first encounter with the Sentient will be mysterious but terrifying. They may appear at night or as shadows, surrounded by a skirting blue flame. They may scan the room causing the metal objects to hum, resonate or shake like a minor tremor.

The Sentient stay out of sight at the beginning.

Their management of the human body is highly unstable. At night or in the shadows, they emit an electric blue haze that skirts around and occasionally escapes their bodies like a solar flare.

Sentient scan a room when they enter it. They emit a pulse like a sonar that creates a resonance in objects similar to Tibetan singing bowls. We can hear that. It is a first a very spiritual and calming sound. When they become hostile to us, the same sound will have a very different meaning. The resonance may cause some items to shake, as if you were experiencing a minor earthquake.

The Sentient do not speak. They touch to communicate what they see to the next Sentient or person. When they touch they impart feeling. You feel what they feel. That can go both ways. When they are later tortured and radicalised, they impart that feeling and event to other Sentient and the hatred spreads like a wildfire.

The Sentient can speak. They can mimic but they do not use language to communicate. The mimic, like a parrot, can surprise. The right choice of words can be quite haunting.

Sentient do not eat. They touch to draw life-force from a plant or animal but do not have to kill to do so. In fact, the subject of their attention can feel a sense of calm and even fall asleep. Later when they become hostile towards the survivors they will draw all of the life-force from their prey, killing them.

At night, a great look-down scene over a city is a view of the Sentient glowing and creating a resonance, (hum). This creates an image of oneness.

The Sentient can master the mind and body of their human hosts and whilst they can view their host’s memories, they mean nothing to them.

When facing a situation they cannot escape from, the Sentient can self-terminate, by imploding and releasing spores.

You can kill their host bodies but you will not kill the Sentient. The Sentient will appear out-of-body as a blue vapour. The host will try to emit a spore to paralyse the human threat then to take it over.

How long can a Sentient live outside of a host? We don’t know yet. To survive they require an enormous amount of energy

If they were to meet someone from their host’s past, they would recognise them BUT there would still be no emotional connection. For the human viewer, they seem to have no knowledge of who they are.

Later, the same Sentient may start to connect elements that CREATE AN EMOTIONAL CONNECTION with the person from their host’s past. These small elements can advance a story and be used dramatically to great effect. It is part of their journey towards becoming more human or taking the human journey. The triggers for this may be as simple as a smell such as a perfume.

The Sentient and the surviving humans

The Sentient pose no danger to the human survivors at the beginning however when the survivors work out what is going on, they take it very personally.

The survivors should consider the acts of the Sentient, heinous, an act of genocide against humanity.

Each survivor should be able to lament the loss of those who they loved the most and focus their hatred towards the Sentient.

This should result in some very sadistic human behaviour, some of it dressed-up as justice.

Every decision after that is guided by fear and paranoia. No reasonable voice can be heard.

Humans will capture, incarcerate, torture, experiment on, rape and genocide the Sentient.

Experimentation may include, storing a group in a hole without access to any other living thing. The humans hope they will turn on each other. They do. Humans may also try to force-feed the Sentient with raw meat or blood. This has the effect of reprogramming the human host back to a primeval stage of pure predator, now willing to kill to survive.

Why do the authorities release the radicalised Sentient?

Many of the survivors do not recognise the old authorities. They will not obey. They do not see the Sentient as a threat or do not wish to act on it.

The authorities, your human nemesis will release the Sentient into the human populations. This leads to some gruesome killings and terrifies the surviving humans. They now call upon the authorities for help. The nemesis offers them help but on the condition they now serve them.

Starvation of the Sentient leads to destabilisation of their core. A core exposure would blow a hole in the building and the suburb BUT the Sentient who survived could escape. Once out their radicalisation would spread like a virus, telepathically, to other Sentient, creating packs of radicalised and angry life forms looking to enact revenge on humanity.

How will the Sentient kill?

Their radicalisation reboots their system to a primeval version of humanity.

They then share their experience with other Sentient by touch and it spreads like a virus of hate. The next time they see a human survivor, they see a threat. They also harbour a will do revisit the pain their endured on us.

They touch to atomise the life-force of their prey. Motivated, they could take it all.

Their Tlux emissions, used to scan rooms, could be intensified and focused to shatter bones.

The choices of how they inflict suffering on us will reflect how they were made to suffer. There may be some irony in those outcomes demonstrating great intelligence and savagery, a reflection of us.

Not all the Sentient are the same

Not all sentient are this way or choose to go this way.

Many of the Sentient are terrified by the form some of their own have taken. This will lead to an opportunity for your human protagonist and the Sentient tribes to form some allegiances.

Just like in the Walking dead, the most dangerous predator remains other humans.

To find the heart of your human characters show their loss. Reveal the partners, the children, the friends and family lost. An empty home. An empty office or factory. The photos of all those lost and the memories. Motivate them to seek revenge and allow your human nemesis to use that hate to their own advantage.

The survivors have lost their world. All scale has gone out the window. Now they can do whatever they want. Who will judge them?

Human collaboration and the smartest guys in the room

The survivors will make well thought-out decisions that are all wrong and worsen their situation each step of the way. This plays into our theme.

If we were running a ticker ad at the bottom of the screen it would read, ‘Brought to you by the team behind The Iraq War, Weapons of mass destruction and the GFC.’ 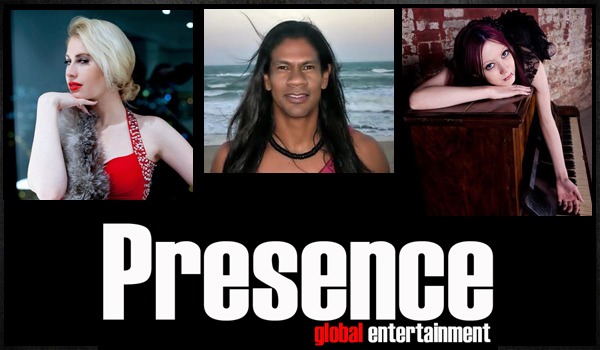