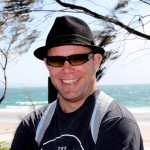 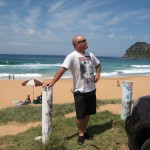 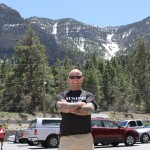 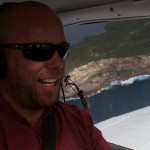 riginally a landscaper by trade, Australian, Nathan Macdonald was living in London when he decided he needed something different in his life. Always up for a challenge, Macdonald made the decision to become a film editor.

“I have a unique way of telling a story”. “I think when I’m editing, if I can understand it and I have a clear vision of it, then I think a lot of other people will be able to understand the story because I like to simplify things…I like to make it understandable and clear.”

Now cultivating his business, Fatboy Films, where he has built up a creative crew to help with new projects and works as producer, editor and colorist, Macdonald is thriving in his career change.

“Once I started diving into the film industry, it was just a whole new world,” Macdonald said.

He began in London working with a friend for the charity, music4children.org, for which he filmed live music events, edited the videos and then posted them to YouTube. Since then, Macdonald has been associated with several short films, feature films and other major music videos including, The Rumjacks’ “An Irish Pub Song” which has over two million views on YouTube.

Macdonald is currently back in Australia, teaming with Presence Films as an editor for two upcoming feature films, Journey of the Seeds and Black Cat, both in development.

Based on an original graphic novel and novella by author Carol Baauw, Journey of the Seeds follows the story of a warrior hero in a parallel universe.

“I got into it because of the parallel universe, that’s what drew me in”. “I think everyone likes a bit of fantasy, to escape from reality.”

Though less of a personalized venture than Black Cat later proved to be, Macdonald believes Journey is a film that can get people excited and talking and one that can have a positive effect on Sydney as well.

Macdonald said he would like to see the actual film take on the style characteristic of graphic novels, much like how the film’s website appears, and incorporate the colors and style unique to Sydney as a city.

Black Cat is another story of heroism, this time taking place in 1942, during the Japanese invasions of South East Asia. While Macdonald feels Journey can provide a fantastic escape for audiences, one that he too was drawn into, he pursued Black Cat for more personal reasons.

Macdonald’s family lived on the island of Nauru.  A German boat, the Black Radar, threatened the island; Macdonald remembers his Nana describing it as if the whole island was on fire.

Though there had been attempts to evacuate the women and children from the island, Japanese submarines torpedoed all the evacuation boats until the Trista succeeded. Macdonald’s nana was aboard the Trista, whose captain knew the islands’ surrounding reefs well and was able to hide and navigate among them to reach safety.

“I think there’s probably a few other Australians who have a similar story… BLACK CAT can tell the story and history of what so many Australians faced at the beginning of the war,” said Macdonald, envisioning the film as a strong war movie that Australians will be able to relate to their own lives.

Passion and inspiration obviously play a large role in the work that Macdonald does. Feeling personally attached to a story helps fuel his desire to invest himself creatively in a project.

“First off, I’ve got to actually believe in it,” Macdonald said.  “That’s where my first passion comes from. If I read something or hear of something, I’ve actually got to believe in it.”

With the same passion that drove him to start his career as a film editor, Macdonald is clearly pursuing Black Cat and Journey of the Seeds with his heart, a passion that audiences will soon be able to see translated on the screen.

Shannon Robb is studying at the University of Missouri-Columbia USA, pursuing degrees in both journalism and English with a minor in French. As a lover of art, including film and traveling, she would eventually like to find a job in magazine journalism, emphasizing on the topics of arts and different world cultures.

Special thanks to the greatest PA on the planet Jennifer Seeley. 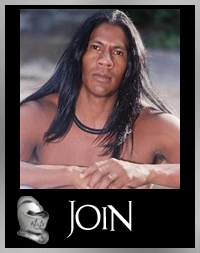 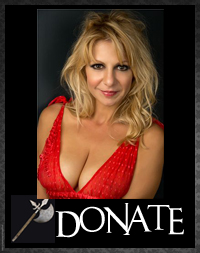 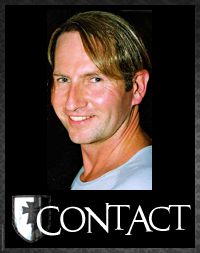